As another International Women’s Day rolls around, businesses have been making bold pledges to empower their female employees and strive toward equality. But still, in 2021, large swathes of women say their gender remains a major barrier to their professional progression.

A full one-third of women in Asia-Pacific say they believe their gender has been a significant barrier to opportunity because of the lack of guidance, skills and time they receive as women, according to LinkedIn’s Opportunity Index 2021.

As a result, two in five (41%) women professionals in the region believe they get fewer career development opportunities than men.

The report, which surveyed 10,000 working professionals across Australia, China, India, Japan, Malaysia, the Philippines and Singapore, highlights the continued hurdles women face in their career development and its implications for society.

Indeed, while seven in 10 of those surveyed said they believe gender equality is important for a fair society, four in 10 said they think it is impossible to achieve because of fundamental differences between men and women.

Businesses and governments have been battling that narrative. After all, the economics speak for themselves: Increased female employment rates could increase OECD countries’ gross domestic product by $6 trillion.

Yet, gender equality is still not a top 10 priority for 70% of organizations, according to IBM’s new “Women, leadership and missed opportunities” report. In fact, it found that the number of women in senior leadership positions has barely changed in the past two years, and there are today fewer women in the pipeline to fill executive roles than in 2019.

The pandemic has only exacerbated those shortcomings.

With women said to be more adversely affected by the pandemic, PwC’s 2021 Women in Work Index found that progress for women could be back at 2017 levels by the end of the year. That’s due in large part to the disproportionate burden of childcare that falls on women, with mothers now spending an average of 31 hours per week on caregiving duties — almost equivalent to another full-time job.

Still, there are important steps businesses and individuals can take to ease that burden.

What women can do to beat career hurdles

LinkedIn’s vice president of talent and learning solutions, Feon Ang, advised women to be clear about their ambitions and the professional goals they wish to achieve.

“It’s really important to understand your personal strengths and your passion,” she told CNBC Make It.

For Ang, that was “connecting the dots around what’s happening externally and how it affects your career.” In 1997, noticing that “everyone was talking about YK2” (the year 2000), she embarked on a career in tech. In 2013, seeing the hype around social media, she joined LinkedIn.

After identifying those goals, women should be open about them and make it clear to business leaders where they want to go, she said. An advocate or sponsor can help with that, acting as a representative or backer among other senior figures.

“More than just mentoring you, find people that sponsor you, someone that will advocate for you to move forward,” said Ang.

“Of course, you have to do a good job because no leader will advocate for you if not. You also have to show your ability to grow and be open-minded. That constant reskilling is important for everyone, be it men or women,” she added.

What bosses can do to close the gender gap

In a blog post, Ang also outlined tangible steps bosses and organizations can take to bring about greater equality in the workplace.

“There is strength in numbers,” Ang said. “When more organizations come together, we can do more to help bring equitable recovery for all. It always starts with one small step — from encouraging open conversations on diversity and equality, and advocating for practical initiatives from flexible working hours to mentoring programs.”

Previous post India is trying to build its own internet 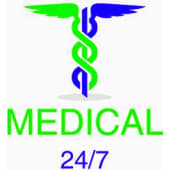 Next post Medical 24/7: Making Healthcare Affordable for Everyone, Everywhere