Ben Stranahan Makes It in Hollywood the Old-Fashioned Way: Through Sheer Hard Work 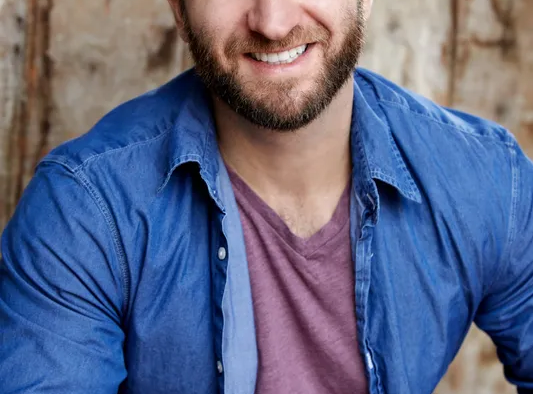 Whenever movie producer/actor/musician Ben Stranahan completes a film, he often thinks back to the day he first arrived in Los Angeles. “I was a new student at the American Academy of Dramatic Arts,” he says. “I had three years ahead of me at one of the biggest schools for actors in the world. I had no idea how much I was about to be challenged or where all of it would take me. All I knew was that I absolutely had to make movies. I am beyond fortunate that the road from there has taken me to where I am today.”

Ben is a partner/producer at Tip-Top Productions, and he is living his lifelong dream of producing films with Hollywood’s top actors, including Christina Ricci. He is currently helping wrap up the production of Monstrous, which is about a traumatized woman who flees her abusive ex-husband with her young son. “Christina is great in this,” Ben says. “She really brings out the depth in the character, especially when her character finds a bigger, more terrifying monster to deal with. I think this is a film that is going to surprise a lot of people and keep them on the edge of their seats.”

Ben’s path to becoming a respected Hollywood movie producer began in Aspen, Colorado, where like so many people destined for the stage, he got his start in a middle school play. “I will not show you the photos,” he says, anticipating the question. “No way! However, I will say that it was a big milestone in my life. While I still had some years to go before I would be successful, this was when I knew I wanted to be in film.”

As Ben got older, his interest in making movies grew. “In tenth grade, I made my first short film. I wouldn’t call it perfect, but it showed me how exciting it is to be behind the camera. I liked to act, of course, but being a director or producer was a completely different set of skills to develop. I liked working with the actors to draw out the story, something I still like to do today.” During this time, he also dove deeper into his other passion, music. Ben spent hours playing the piano and the drums, which he found to be the perfect way to express what was in his artist’s heart. Especially gratifying was playing with a band, and he loved the camaraderie he had with his fellow musicians.

Upon graduating from high school, Ben enrolled in Boston’s Berklee College of Music Summer Program. “Performing is in my blood, and I wanted to learn more about the piano and drums from some of the most talented teachers in the country,” Ben explains. “I can’t describe how great it was to be challenged by such knowledgeable people, day after day. When I left, I was definitely a better musician.”

After graduating from American Academy of Dramatic Arts, Ben began building his career as an actor, producer, and musician. Success came in 2016 when he produced the movie Mean Dreams, which starred Bill Paxton, Sophie Nélisse, Josh Wiggins, and Colm Feore. Ben says that one of his proudest moments was watching it premiere in 2016 at the Directors’ Fortnight at Cannes and as a Special Presentation at TIFF. “Then it went on to be sold in over fifty countries and to be released theatrically in over ten countries. That was beyond amazing and very satisfying.”

One of his favorite movies to produce and act in was Population Zero. “That was a blast,” says Ben. “It was a psychological thriller and really took the genre in a different direction. Critics around the world liked it. I also enjoyed producing Calibre, another thriller, which was released on Netflix in 2018. That ended up being nominated for four BAFTAs, and it won for one: Best Actor for Jack Lowden. The night we won was incredible for all of us.”

Ben has also found success as a TV producer with The Midnight Anthology, starring Clancy Brown. Its pilot premiered at the New York Television Festival in 2015 and went on to win the Artistic Achievement and Best Director awards at the festival. Ben and The Midnight Anthology team are developing the remaining episodes of the series.

The future is full of possibilities for Ben. “I think that’s one thing I like about producing movies: each one is an adventure,” he says. “The people I work with, the storylines, the sets – it’s an incredible experience to be involved in taking a movie from conception to actuality. The day it comes together and opens in the theaters, I love to see people’s reactions to it. It makes me very glad I chose this career.”