$tar Coin: Elite Rewards that Anyone Will Love 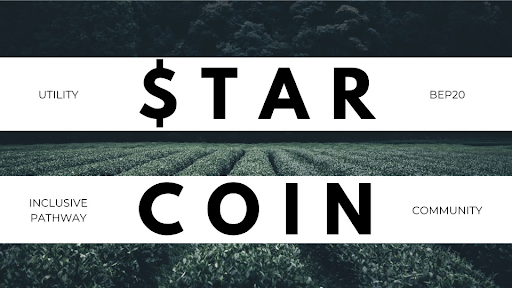 $tar Coin, a cryptocurrency that empowers its holders to walk right into the world of the rich and enjoy its luxurious entertainment, appeals to everyone, including introverts and homebodies like me. I’ll admit that as a lifelong, unapologetic Saturday-night bookreader, that’s a bold statement to make, but stay with me. Yes, it’s true that I’d rather eat glass than go to a party, and I can’t remember the last time I wore heels or even owned a pair. Even so, when I read about a digital currency that allows you to walk alongside the elite and be wined and dined just as much as they are, I perked up.

$tar Coin was co-founded by Jack Settipane (producer and director of films starring actors such as John Malkovich, Rodrigo Santoro, Manu Bennett, and Nashla Aguilar) and Bruce “Bud Rebel” Weinfeld (an actor/producer known for Alone for Christmas and You Killed me). The two men have worked both inside and outside of Hollywood and are using that combined experience to bring 99% of America something they’ve never seen before: what life is like for the 1%. Tell me you’re not interested, even just a little.

That life has been veiled off with a velvet tapestry, and once you buy $tar Coins tokens, which go on sale August 15, it will swing aside long enough for you to walk through. What’s inside? Get ready to find out and brag about it to your friends. It depends on how many tokens you buy, but the perks are impressive, including $tar Coin-hosted premiere events, 7-day vacations in New York City or LA, and even personal meetings with the celebrity Brand Ambassador of your choice, including MoonTellThat, Tavo Betancourt, Mark Thomas, Nick Merico, and Nashla Aguilar. It promises a lot of what Bud calls “OIL fun: once-in-a-lifetime fun.”

Admit it: it’s got you interested even if you’d normally rather watch paint dry than make small talk in a room full of people. The chance to (really) see if “celebrities are like us” is just too good to pass up.

It’s also an excellent opportunity for those who have long-wanted to work in Hollywood but have been excluded, including people of color, women, and LGBTQ+. To sweeten the rewards token holders receive, $tar Coin has partnered with Movikarma to increase the ability of new and undiscovered filmmakers, cast, and crew members to potentially audition or interview with movie studios. Movikarma is a 501(c)3 nonprofit organization that empowers underrepresented creative talent and fosters inclusion, equity, representation, and social impact in Hollywood. $tar Coin token holders will have special consideration with Movikarma to potentially be sent to studios for hiring consideration. If you have ever dreamed of making it in Tinseltown, then this $tar Coin offer could be your big chance.

I imagine now that the extroverts and movie industry people are excited now and ready to buy their tokens and that even the introverts like me are privately intrigued. Here are your next steps to cash in on what promises to be a lot of fun.

In the end, $tar Coin has me interested, I have to admit. As an introvert, I am never going to be the life of anyone’s party (which is perfectly fine), but I am curious enough to put on some stilettos and a tight dress and enjoy partying with some of Hollywood’s elite. I also know that when I arrive at my New York City condo, I’m going to ride that private elevator a dozen times and see if there’s a grand piano to play.