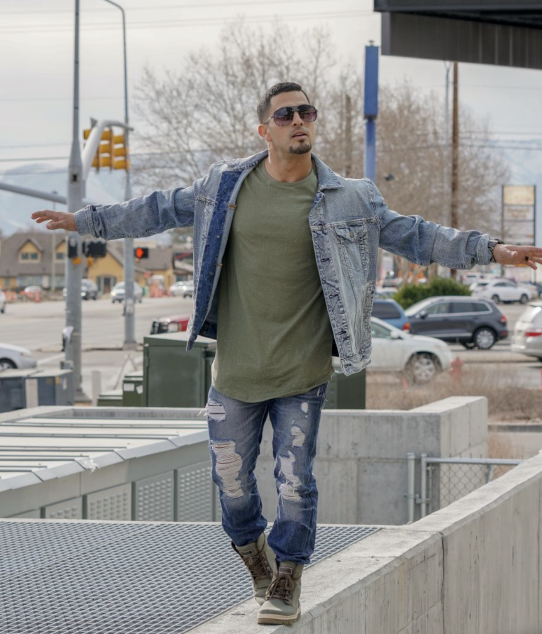 Watching award-winning professional speaker, musician, and two-time war veteran Ryan Stream talk about overcoming adversity with hundreds of captivated teenagers, it’s hard to believe this is the same person who stole food from a homeless shelter’s kitchen when he was only five years old. Ryan has such energy onstage and is so relentlessly positive that you could be forgiven for doubting that he had ever experienced such a tough start in life. However, that rough beginning is one reason why Ryan has become a Top  Professional speaker  is in-demand in America and around the globe: he has been to the bottom of the world, where poverty, drug addiction, and prison awaited him, and has pulled himself out of it. Now he is bringing his message of the hope and redemption that come from positive thinking, addiction awareness, being kind, and working towards having strong mental health awareness to children, teens, and adults, and it’s resonating with thousands of people. Conference coordinators, Principles  and booking agencies love Ryan because he is very, very unique.

Ryan says that if you had seen him when he was younger, you never would have thought he would be where he is today. “I was born in Los Angeles in the ghetto,” he states, thinking back. “It was a very rough neighborhood, sadly, my parents made bad choices that didn’t only affect their lives but their children’s. As you can imagine, our lives were very unstable from drugs, alcohol, arrests, and moving to different locations often.” He has been through so many tragic experiences that no kid should ever see. Ryan says he is grateful for his experiences because now he can speak with others to encourage those who were in similar situations. “We ended up moving to Colorado and then Utah, but we had nowhere to live. I remember taking naps under a bridge and living behind a family member’s house and garage in a shack-like shed at one point. I even remember my dad parking our car at the park to sleep and seeing homeless people sleep on the other side of the sidewalk. This was a lot for a young boy like me to handle, and it was already giving me the mindset that life was not going to allow me to dream of anything better. School is often a place of refuge for kids who are having problems at home, but it wasn’t for me. I had a learning disability and my adoptive parents tried their best to help me. Spelling competitions? Forget them, I was the first person out. I made a joke out of it to give myself some cover, and people laughed. Really, though, I just honestly didn’t know how to spell,” he says.

His parents continued to struggle with addictions. When Ryan’s father was arrested and this started the process of the foster care system. Later on in his life, his mother passed away from suicide, and he witnessed his family ripped apart in the most foundational stages of his childhood. He and his three brothers were separated for a two year period, but were adopted by the same family making them a family of thirteen including his adoptive parents. “The system is tough,” Ryan confides. “Before I was adopted, my foster parents tried to help, but the reality was that I was suffering from being separated from my siblings. I struggled a lot and had anxiety, depression, behavioral issues, and academic problems. As you can guess, I was the kid who didn’t have a lot of good friends at school.”

Even so, Ryan would continue to battle his inner demons and academics. Once he graduated from high school, he fell into drugs and alcohol. “It was one wrong choice after another that just snowballed into multiple arrests and jail time,” he sighs. “The court fines were through the roof – $25,000+ at one point, and I definitely didn’t have that kind of money on me. I also had nowhere to stay and ended up couch-surfing or living in my car.”

The turning point came when he joined the military, though he would still face enormous challenges. Ryan was deployed twice to Afghanistan and entered the harrowing world of war and combat. “I went out with a sapper unit and our mission was to locate and destroy I.E.D.s,” he relates. He was deployed with a round of 32 soldiers in his platoon. “I won’t ever forget the sound and the force of the explosions when the I.E.D.s went off. Around 23 of my buddies in my platoon had their vehicle hit with an I.E.D. Sadly, one was killed in my unit.”

Ryan pauses a moment before continuing. “There is no way to describe what war is like. I know others have experience far worse than I could ever, but  You see the best and the worst in humanity and in yourself. When I came home, I struggled but acted like I was okcouldn’t forget any of it. I struggled with PTSD and almost lost my family. I finally fell to my knees and made the choice to change what was going on in my mind so that I wouldn’t lose my wife or children.”

Once Ryan decided to change the trajectory of his life by changing his thoughts, his life took off. In the first year, he read 54 books to educate himself and broaden his understanding of the world, people, and himself. He also discovered that he had a passion for bringing a message of positive thinking to others. “I had a horrible childhood, and my start to adulthood wasn’t all that much better,” Ryan says. “I learned, though, that the future was still ahead of me. I could accomplish anything I wanted to if I was willing to change the quality of my thoughts. That’s what I did. I went from $0 to six figures in that year, and I’m talking to anyone who wants to improve their life just like I did.”

Ryan has multiple sources of income and finds joy in helping others stand up with purpose and focus to obtain the same rewards. He is developing his career as a multitalented professional speaker, model, actor, pianist, and musician who performs in front of packed crowds. He travels the world, talking about how to overcome adversity, have a healthier mentality, and stay positive with adults at real estate conferences in Mexico, inside prisons, and at universities and with youth at high school assemblies, elementary schools, and concerts. He has been featured in dozens of magazines including Valor magazine, Entrepreneur, Yahoo!, Influencive, Marketwatch, and been honored with multiple awards for music and speaking. He had already released a third album called Front Pages and was awarded Best Video of the Year and People’s Choice at the LDS Film Festival.

At his shows, Ryan frequently uses music to connect with his audience and is known for his ability to play almost any genre. His lyrics talk about suicide, drug addiction, his desire to be a hero as he grew up, and the importance of never forgetting about how to dream. He amazes his audience with his talent for playing the piano blindfolded and also upside down. It hasn’t always gone smoothly, however. “The first time I got on stage, I completely forgot the music because I have memory problems,” he says. “People laughed and said I wouldn’t make it, but guess what? I didn’t listen to them, and here I am today.”

That story perfectly embodies Ryan’s firmest belief: we must all believe in ourselves because no one else will. “As we grow up, we forget to believe in ourselves. If you don’t believe in yourself, you better start playing make believe. You can’t let yourself get complacent or be okay with living a normal life. Instead, you have to remember to dream and envision. That’s when you’ll dig into the law of attraction and see your life change in remarkable ways.”

Ryan loves to speak about the power of positive thinking, leadership, mental health, and many other topics to bring an audience to their feet. To book Ryan, go to RyanStream.com and find any other information on him or watch his videos, type his name in the google search.

Previous post Mark Cuban says he doesn’t prefer dogecoin over bitcoin but ‘to say doge doesn’t have a place is wrong’on August 17, 2021 at 4:16 pm 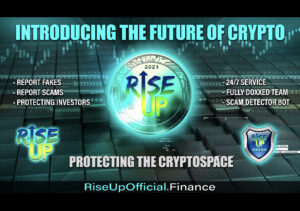 Next post RiseUp: Closing the Gap in Crypto Security

Set of 10,000 NFTs to Feature the Attributes of Black Women Across the Globe  ORLANDO, Florida–A mixed-race entrepreneur on a...