The term Metaverse comes with several definitions. Wikipedia defines it as a perceived virtual universe made up of shared 3D spaces. Mark Zuckerberg defines it as an embodied internet that you’re inside of, rather than just looking at. While these are all correct, we define it simply as the future of culture – where ownership reigns and global communities can thrive.

An IDO launches a token, an IMO launches a community. Tainted by meme coins and scams, consumers have become increasingly cautious of IDO’s and their generally short-termed outlook. They lack strong community and are thus volatile in nature. On the other hand, one of the largest metaverse communities, Axie Infinitie, was able to withstand a downturned market and proved that community should be looked to as an indicator.

The dated IDO structure no longer fits the new wave of entrepreneurs looking to supercharge their early users in a safe and meaningful manner. As such, a new frame of reference for token launches is needed. One that promises longevity and goes beyond just a token.

Introducing an IMO – Initial Metaverse Offering. A funding process that gives life to projects looking to make an impact on the future of the internet and how we interact with it. At FireStarter, the projects we incubate will all have Metaverse integrations, implementations, and solutions. Creating a future that is ownable by the very users who built it.

Demo Day in the Metaverse

Throughout the year FireStarter will incubate a handful of the best projects to reach the blockchain. Culminating in an IMO on Demo Day, pre-funding rounds will open and projects can begin showcase what they’ve been working on for select audiences and $FLAME Token Holders.

Keep an eye out in coming weeks for FireStarter NFT’s. They might just get you special access, whitelisting, and future Metaverse abilities.

FireStarter believes community comes first. Anyone should be able to participate in the governance of a platform, not just those that hold the most tokens. In most cases, a few large wallets control a significant part of the voting power. For example, for Compound, just six addresses control more than 52% of the voting power. These six addresses can out vote more than 150,000 total individual users that have a positive balance. While it makes sense as they are the ones most invested, adequate representation of everyone is also a must-have for good governance and to achieve the blockchain ethos of decentralization. By swapping Governance NFT’s for Governance Tokens, those who wish to collect voting rights are able to do so in an easy and approachable manner, and also on a one to one basis given their non-fungible nature.

Burning down barriers is necessary for the mass adoption of DeFi and the Metaverse. Luckily NFT’s have started the process. Traditionally Telegram groups were the touchpoint for token pre-sale, but with the introduction of NFT’s, a fair and accessible funding process can be achieved. The earliest of supporters can participate and new future value is introduced to a Pre-Sale participation spot when represented by an NFT.

Through the FireStarter platform users are able to fund and own the building blocks of our interconnected future. Projects can empower their community, fund their launch, and partake in an ecosystem designed for the Metaverse. For the first time the worlds in which we inhabit have become intertwined presenting us with the option on where we want to spend our time. For many users, the lines are becoming increasingly blurred. With digital assets in some cases selling for more than their real world counterparts, the market has has already begun to make this decision on its own. It’s now up to you to dive in to this digital journey or resist. What is evident, however, is that FireStarter is here, the future is now – own the future. 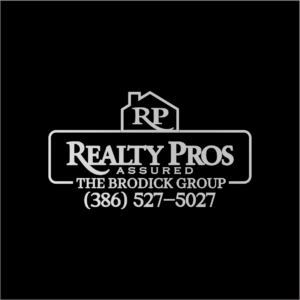