Shares of Biogen Inc. were up 1.0% in trading on Thursday after the company confirmed to media outlets that it is laying off some U.S. employees as part of an effort to secure $500 million in annual cost savings. Stat first reported the layoffs, saying the company plans to cut 1,000 jobs, citing anonymous sources. The company had 9,610 employees, as of Dec. 31, according to its most recent 10-K. A Biogen spokesperson confirmed the layoffs but said it is not providing additional details. “The $500 million cost-savings will not be entirely driven by headcount,” the spokesperson said in an email. “As part of our headcount reductions, we’ve prioritized not fulfilling open positions…Some employees will be able to apply for the open positions we are filling.” Biogen has been betting that its Aduhelm, its new Alzheimer’s disease drug, would be a boon for the company; however, there have been questions about the approval process and the therapy’s effectiveness. Aduhelm generated $3 million in 2021. Biogen’s stock is down 21.3% over the past year, while the broader S&P 500 has gained 13.3%. 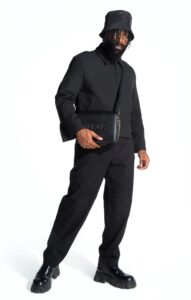 Next post Murway: Gender-Neutral Bags in the Fight Against Racism

Qualcomm saw weakness in mobile handset performance, and the chipmaker sees a sharper revenue decline coming in the quarter ahead.