Shares of Carvana Co. were rocketing 11% in after-hours trading Thursday, though the used-car retailer missed expectations with its second-quarter revenue and logged a larger loss than analysts were anticipating. Carvana recorded a net loss of $238 million, or $2.35 a share, whereas it posted net income of $22 million, or 26 cents a share, in the year-prior quarter. Analysts tracked by FactSet were expecting a GAAP loss per share of $1.46. Carvana posted a $239 million loss on the basis of adjusted earnings before interest, taxes, depreciation, and amortization (Ebitda). A year earlier, it posted positive adjusted Ebitda of $112 million. Analysts tracked by FactSet were looking for a $221.8 million loss on the basis of adjusted Ebitda. Revenue came in at $3.88 billion, up from $3.34 billion a year before but below the FactSet consensus, which called for $3.98 billion. The stock has been pummeled in the past year, falling 90% over a 12-month span as the S&P 500 has declined 6%. 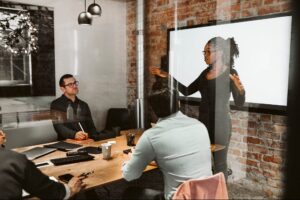 Best Buy Co Inc. has cut "hundreds" of store jobs over the past few days, The Wall Street Journal reported...

Shares of Peloton Interactive Inc. shot up 9.1% toward a two-month high in afternoon trading Friday, after the at-home fitness...

Gold futures closed higher Friday, shrugging off earlier weakness, to sweep to a fourth straight week in a row of...

Stocks were solidly higher with less than an hour to go in Friday's session. The Dow Jones Industrial Average was...