Cronos Group Inc. shares fell 8% in premarket trades Tuesday after the cannabis company posted a narrower-than-expected loss, although its revenue fell short of estimates. Cronos Group said it lost $44.6 million, or 5 cents a share in its second quarter, compared with a loss of $165.49 million, or 48 cents a share, in the year-ago period. Net revenue climbed to $23.06 million from $15.62 million. Analysts expected Cronos Group to lose 6 cents a share on revenue of $28 million, according to a survey by FactSet. Prior to Tuesday’s trades, shares of Cronos Group are down 8.7%, compared to a drop of 51.7% by the Cannabis ETF and a 19.2% drop by the Nasdaq . 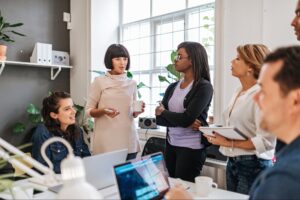 Next post A Good Story Isn’t Enough to Get Your Startup Funded. Here’s What Else You Need.

Shares of Mastercard Inc. were dipping 0.8% in premarket trading Thursday, though the payments giant topped expectations with its latest...

The European Central Bank on Thursday lifted its key interest rates by 75 basis points, or 0.75 percentage point, as...

The Dow Jones Industrial Average's components that reported quarterly results ahead of Thursday's provided the bulk of the index's early...

The Tesla Cyberquad for Kids all-terrain vehicle (ATV) by Radio Flyer was recalled, as it failed to comply with federal...