Indian-American wildlife photographer Bhasmang Mehta, and he’s hoping to share his services in the states after finding considerable success overseas in India.

Wildlife Sojourns is committed to providing a distinct experience and only the best guides to ensure tourists and travelers are able to fully realize their wildlife safari dreams. As more Americans are traveling again after the horrors of the COVID-19 Pandemic, many are trying to find ways to experience peace, excitement for the natural world, and new ways to expand their horizons. Wildlife Sojourns is here to help.

Wildlife Sojourns boasts a variety of wildlife safari packages that offer diverse experiences and adventures exploring the natural environments and most beautiful regions of India. From Royal Bengal Tiger at Sunderbans, to the Gir lions in Gujarat, to the leopards in action in the wilderness of Jawai Hills, India has a lot to offer to wildlife enthusiasts. At Wildlife Sojourns, Bhasmang and Zankhana Mehta have curated the best wildlife safaris in India to bring you close to nature.

Bhasmang Mehta was born in India to a family of doctors and industrialists, Bhasmang decided to go down the less-traveled path. An avid photographer since he was a child, he has a wealth of experience taking wildlife expeditions, and capturing nature in its prime moments on his camera.

Zankhana is co-founder of Wildlife Sojourns and an eager filmmaker who has made some notable short films on the wildlife of India. While Big cats have been her favorite subjects to capture on the lens, she has also done some notable works on butterflies.

Bhasmang and Zankhana discovered their mutual love for wildlife and wildlife photography in 2002 on their maiden trip to Gir National Park. Since then, the two have extensively explored the wildlife sanctuaries of India. In 2017, Bhasmang decided to share the experience of wildlife safaris with the rest of the world and thus Wildlife Sojourns was born. As equal partners, both Bhasmang and Zankhana oversee the operations of Wildlife Sojourns.

Wildlife Sojourns is a Leading Name in Wildlife Safari

Born in India to a family of doctors and industrialists, Bhasmang decided to go down the less traveled path. An avid photographer from a very young age, he has been on countless wildlife expeditions, capturing the wild side of nature on his camera. In 2017, he decided to share his experience of wildlife safaris with the rest of the world, and thus Wildlife Sojourns was born. A resident of North Carolina now, with strong ties to his friends and family back home, his wildlife photos have been published in prestigious magazines such as Lonely Planet and Frontline. He has also contributed several works to the renowned Bombay Natural History Society. He regularly holds workshops on wildlife photography for enthusiasts, to teach them the nuances of the field. 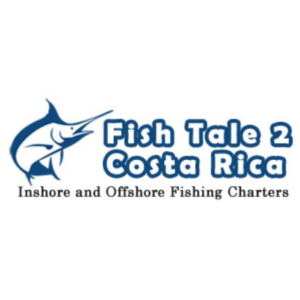 Raphael Bostic, the president of the Federal Reserve Bank of Atlanta, signaled optimism for the Fed's policies to temper inflation.

The 15% minimum tax would impact around 78 companies, according to 2021 financial data, with Berkshire and Amazon paying the...

Ukraine's counteroffensive, which has seen vast swathes of Russian-occupied territory get recaptured, could be compounding Russia's economic troubles.

Who Okayed This?! The Riveting Life of Grant Davis, as seen on ABC, CBS, NBC, and FOX, is a non-stop...

Hispanic workers have been disproportionately affected by past recessions, and the next one will likely be no different, according to...