Sam Bankman-Fried, the CEO of crypto exchange FTX, believes that Ethereum’s Merge will be rocky in its early days but will be beneficial to the broader ecosystem in the long term.

The Ethereum Merge will see the Ethereum blockchain transition from a proof of work (PoW) mechanism to a proof of stake (PoS). The move is designed to make the Ethereum network faster, more scalable, more environmentally friendly and less expensive to use.

While commenting on the Ethereum Merge, Bankman-Fried said;

“I think long term it is going to be exciting for the Ethereum community. It is going to allow substantially faster and cheaper processing of transactions. However, I do think that it is going to be, as big other transitions are at the beginning, rocky. I think there is going to be some messy activity around when it happens. That is inevitable.”

The FTX boss said in the Medium to long term, the Ethereum Merge will be helpful to the broader cryptocurrency ecosystem.

When asked to explain what he meant by messy at the beginning, Bankman-Fried said not everyone in the Ethereum community is okay with the proof of stake mechanism and prefer the proof of work.

Furthermore, so many developers will need to update their software and sync to the new chain. Developers will also need to learn some new things to ensure that their protocols operate as initially designed. He said;

“I don’t think it is going to be a huge deal medium term, but it is a big transition, and with an entire decentralised ecosystem carrying out the transition at once, some people will flop it, and it will take some time to clean it up.”

Bankman-Fried said although it would work out fine for everybody, in the end, there would be some rough patches around the edges.

Scaramucci added that despite the progress made in the cryptocurrency market, we are still early, and the market has a long way to grow from here.

FTX is one of the fastest-growing cryptocurrency exchanges in the world, recording massive growth over the past few years.

The post Ethereum’s Merge event will be rocky at the beginning, says FTX’s Sam Bankman-Fried appeared first on CoinJournal. 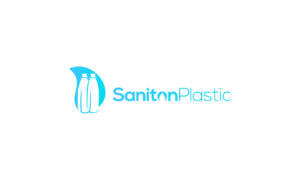 Previous post Can Saniton’s New Interlocking Bottle Help the Planet? 
Next post Companies are slashing parental leave benefits as their ‘purse strings have tightened.’ Here’s how to prepare

Ethereum price erased most of the gains it made in 2021 as concerns about digital currencies rose. The coin dropped...

The long-awaited Merge upgrade of the Ethereum Network was successfully completed in the early hours of Thursday, September 15, 2022....

GlobalBlock analyst Marcus Sotiriou talks about the Ethereum merge, its benefits and potential risks to the event. He says the...

Chainalysis has projected a strong price rally of Ethereum post-merge The soft date for the Merge is on September 19...

The US subsidiary of Binance has today announced that it will introduce an Ethereum (ETH) staking program ahead of the...

Ethereum Merge is set to take place in a few days, and White Rock’s CEO believes it will lead to...