Provident Financial Services Inc. and announced Tuesday and agreement to acquire Lakeland Bancorp Inc. in a stock deal valued at $1.3 billion. Provident’s stock was indicated down nearly 1% in premarket trading, while Lakeland shares were halted for news until 7:45 a.m. Eastern. Under terms of the New Jersey-based community banks’ deal, Lakeland shareholders will received 0.8319 Provident shares for each Lakeland share they own. Based on Monday’s closing prices, that values Lakeland shares at $19.27 each, an 18.3% premium. The price implies a market capitalization for Lakeland of $1.25 billion, compared with Provident’s market cap of $1.74 billion as of Monday’s close. After the deal closes, which is expected to occur in the second quarter of 2023, Provident shareholders will own 58% of the combined company, which is expected to have more than $25 billion in assets and $20 billion in total deposits. Lakeland’s stock has gained 9.2% over the past three months and Provident shares have tacked on 3.7%, while the S&P 500 has dropped 6.3%. 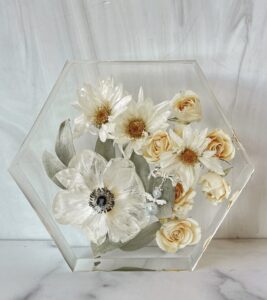 Shares of Mastercard Inc. were dipping 0.8% in premarket trading Thursday, though the payments giant topped expectations with its latest...

The European Central Bank on Thursday lifted its key interest rates by 75 basis points, or 0.75 percentage point, as...

The Dow Jones Industrial Average's components that reported quarterly results ahead of Thursday's provided the bulk of the index's early...

The Tesla Cyberquad for Kids all-terrain vehicle (ATV) by Radio Flyer was recalled, as it failed to comply with federal...