Amazon.com Inc. executive Jeff Blackburn, who played a key role in the e-commerce giant’s push into entertainment, is leaving the company, the Wall Street Journal reported Friday, citing a memo sent to staff by Chief Executive Andy Jassy, that it obtained. The exit of Blackburn, who returned to Amazon about 18 months ago after a sabbatical, will mean restructuring and leadership changes, said the memo. “Over the past year-and-a-half, he’s helped set us up for continued success in media and entertainment,” Jassy said. Amazon Senior Vice President Mike Hopkins will continue in his role as day-to-day head of Amazon Prime and its television and movie studios and will report directly to Jassy. Amazon stock was down about 1% Friday, and has lost 43% in the year to date, while the S&P 500 has fallen 15%. 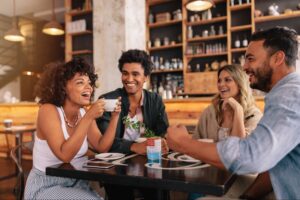 Penn's sportsbook profit came in spite of a $10 million bet "Mattress Mack" won on the Houston Astros winning the...